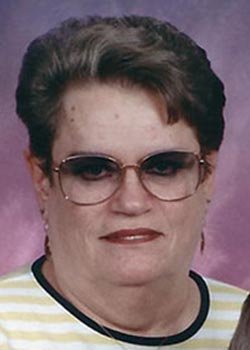 Beverly West Valliant, age 76, of Sutton County, passed from this life to join her husband Lee Roy on March 23, 2017.

They were married just a couple weeks shy of 50 years when he died in 2010.

Beverly was fiercely independent, and despite the gradual loss of vision she endured with macular degeneration, continued to live at the Valliant Ranch until 2016. She was a gardener, a Baptist, an artist, a member of the Order of the Eastern Star and a staunch Republican.

Her greatest joy was found in her grandchildren. From the time they were infants, Beverly was a large part of their lives. “Granny,” as she was known to her grandchildren, doted on Tavia, Tori, Trapper and Travis and encouraged their curiosity, fed their imaginations and expanded their horizons. Whether globe-trotting on an excursion to England or working side-by-side at the ranch; gardening, raising chickens, or checking on newborn lambs, she provided a constant source of love and attention.

She is also survived by her brother, Tom West and his wife Cheryl, their daughter Cheri Braden and her husband Parrish, all of San Angelo, their sons Wade and Sherry West of Ruidoso, New Mexico, Lane and Erin West of Azle, her niece Rev. Dr. Melinda Valliant McLain and her wife, Colleen Rodger of El Sobrante, CA and by a large extended family who will miss her spunk and conversation.

The family asks that memorial donations be made to the Alvis F. Johnson Home Health and Hospice Agency or the First Baptist Church

Other items that may interest you